In order to improve our ability to predict terrestrial water fluxes, an understanding of the interactions between plant physiology and environmental conditions is necessary, especially in tropical forests which recycle large fluxes of water to the atmosphere. This need has become more relevant due to observed records in global temperature. In this study we show a strong temporal correlation between sap velocity and leaf-to-air vapor pressure deficit (VPD) in canopy dominant trees in two primary rainforest sites in the Amazon basin (Santarém and Manaus, Brazil). As VPDs in the upper canopy (20-30 m) varied throughout the day and night, basal sap velocity (1.5 m) responded rapidly without an observable delay (< 15 min). Sap velocity showed a sigmoidal dependence on VPDs including an exponential increase, an inflection point, and a plateau, in all observed trees. Moreover, a clear diurnal hysteresis in sap velocity, stomatal conductance, and leaf water potential was evident with morning periods showing higher sensitivities to VPD than afternoon and night periods. Diurnal leaf gas exchange observations revealed a morning to midday peak in stomatal conductance, but midday to afternoon peak in transpiration and VPD. Thus, our study confirms that the temporal lag between the Gs peak and VPD peak are the major regulators of the hysteresis phenomenon as previously described by other studies. Moreover, out study provide direct evidence for the role of decreased stomatal conductance in the warm afternoon periods to reduce transpiration and allow for the partial recovery of leaf water potential to less negative values. Our results suggests the possibility of predicting evapotranspiration fluxes from ecosystem to regional scales using remote sensing of vegetation temperature from, for example, thermal images of satellites and drones. 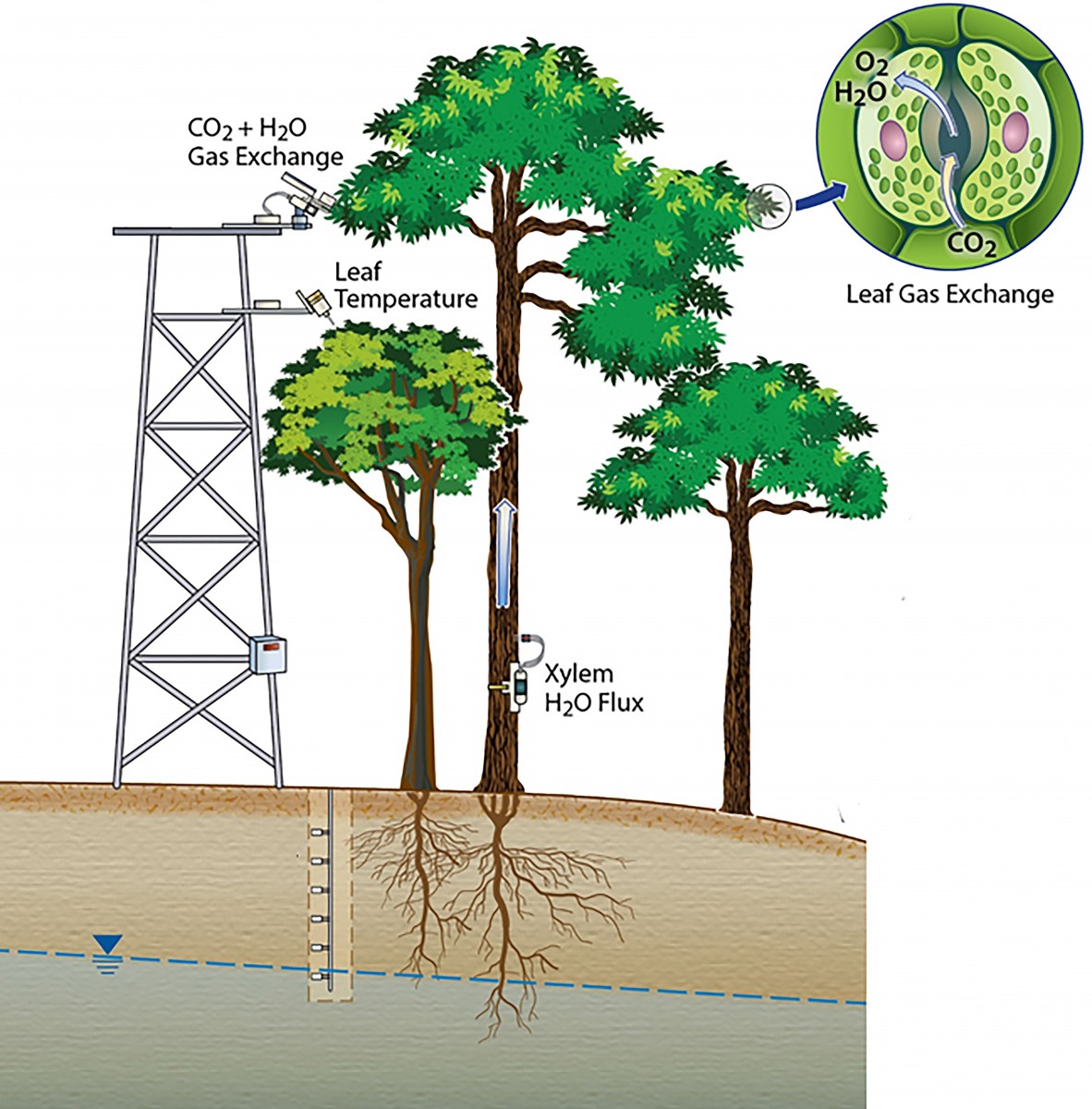