There has been a rapid increase in urbanization in recent decades and a further increase in the coming decades. Urbanization effect on weather and climate is not well understood yet, particularly about how urban land cover change and anthropogenic aerosols jointly affect them. Here, using WRF-Chem in which the spectral-bin microphysics (SBM) is coupled with the Model for Simulating Aerosol Interactions and Chemistry (MOSAIC) at cloud-resolving scale (1 km), we studied the urbanization effects on two different types of convective storms: a supercell storm influenced by Kansas City producing hail, tornado, and strong wind during PECAN campaign and

a sea-breeze induced thunderstorm occurring near Houston. We find that the joint effect of urban land and anthropogenic aerosols plays an important role in affecting storm dynamics, evolution, precipitation, and hail frequency and size. The relative importance of the urban land effect to the aerosol effects strongly depends on storm types and associated environmental conditions, emphasizing resolving storm dynamics is key for accurately simulating their effects. 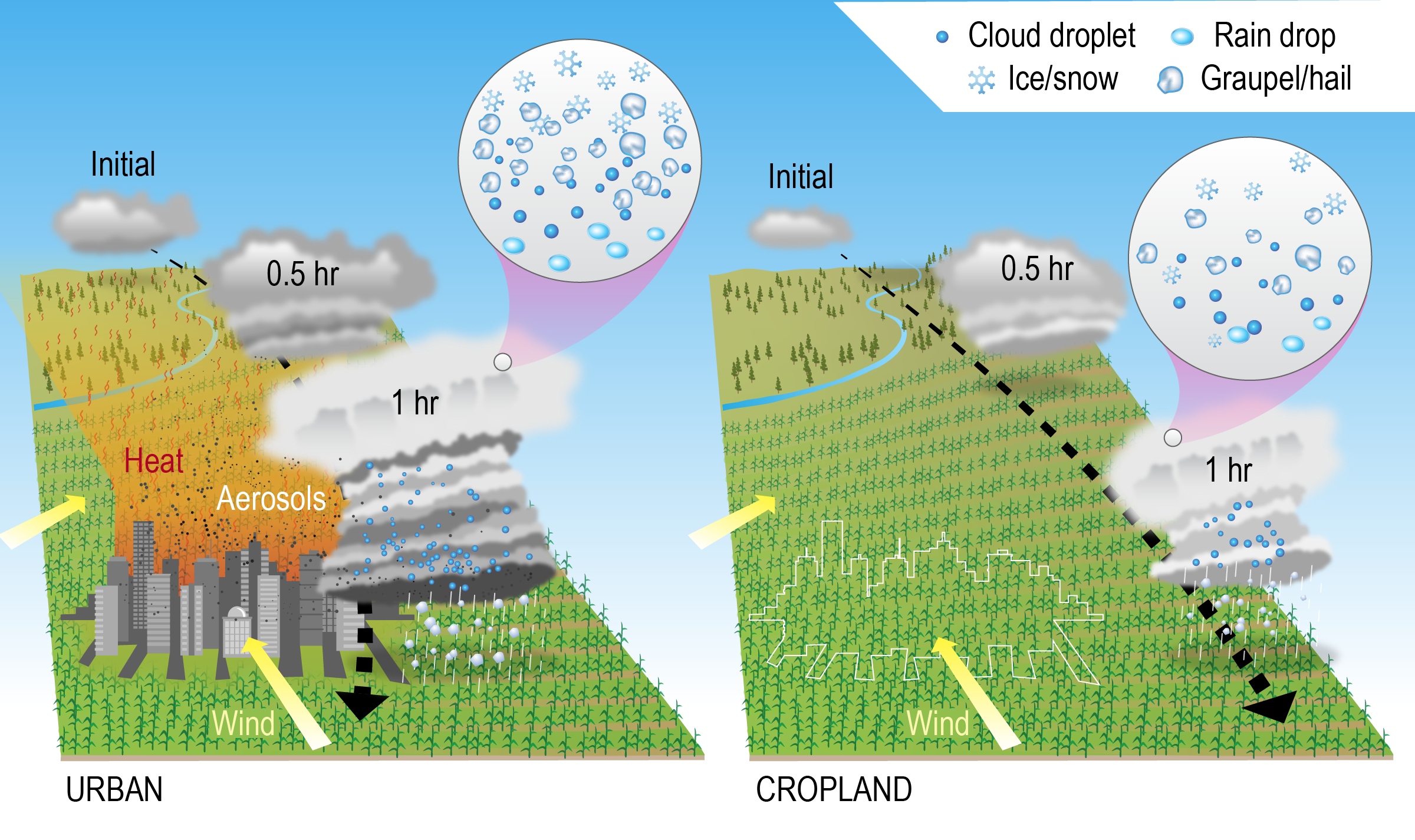