Atmospheric rivers (ARs) are critically important to water year precipitation totals in the western United States. Anthropogenic climate change continues to alter the character of landfalling ARs through alterations in their dynamical and thermodynamical responses. These alterations have important implications for water resource management, particularly the seasonality, intensity, spatial distribution, and phasing of AR-associated precipitation. To evaluate how the character of landfalling ARs may be influenced by the combined dynamical and thermodynamical responses to climate change, we perform a historical (1985-2015) and RCP8.5 end-century (2070-2100) variable-resolution enabled Community Earth System Model (VR-CESM) simulation at 28km over the North Pacific through the Intermountain West. To isolate impacts to water resource management, we apply the TempestExtremes AR detection algorithm combined with the Ralph et al., 2019 AR Category (AR Cat) scale. By end-century, we find a sharpening and intensification of winter season precipitation totals, particularly in Northern California, largely due to an increase in the number of AR Cat 5 events combined with a decrease in the interval between landfalling AR events. Although we did not find any single end-century Cat 5 AR event precipitation total to be historically unprecedented, the increased number of Cat 4 and 5 landfalling ARs and, in particular, back-to-back Cat 5 AR events is and results in a maximum monthly precipitation total nearly double that found in the historical period. The end-century sharpening and intensification of precipitation totals, combined with other alterations to precipitation phase, will place added pressure on water managers to augment assumptions of stationarity. 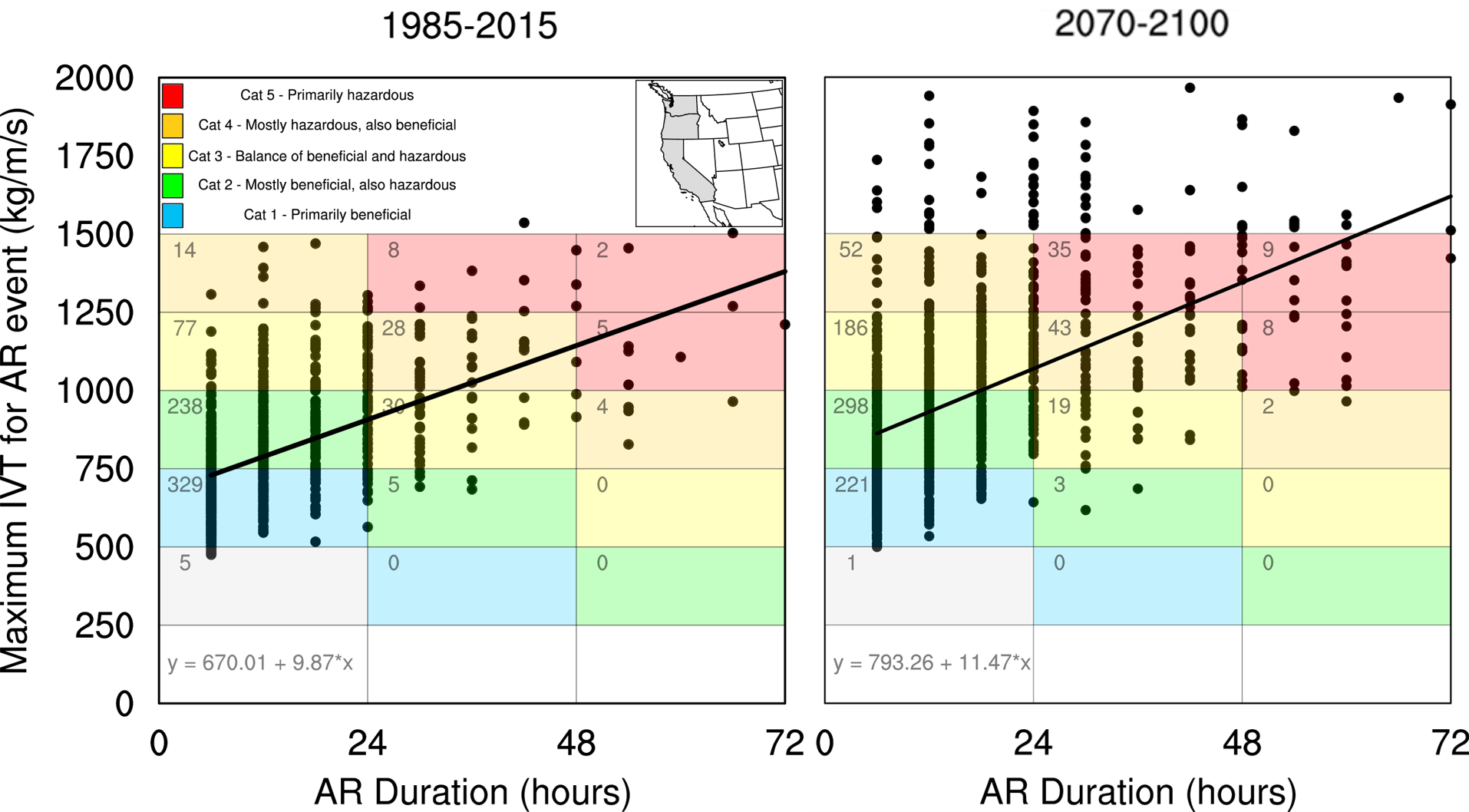